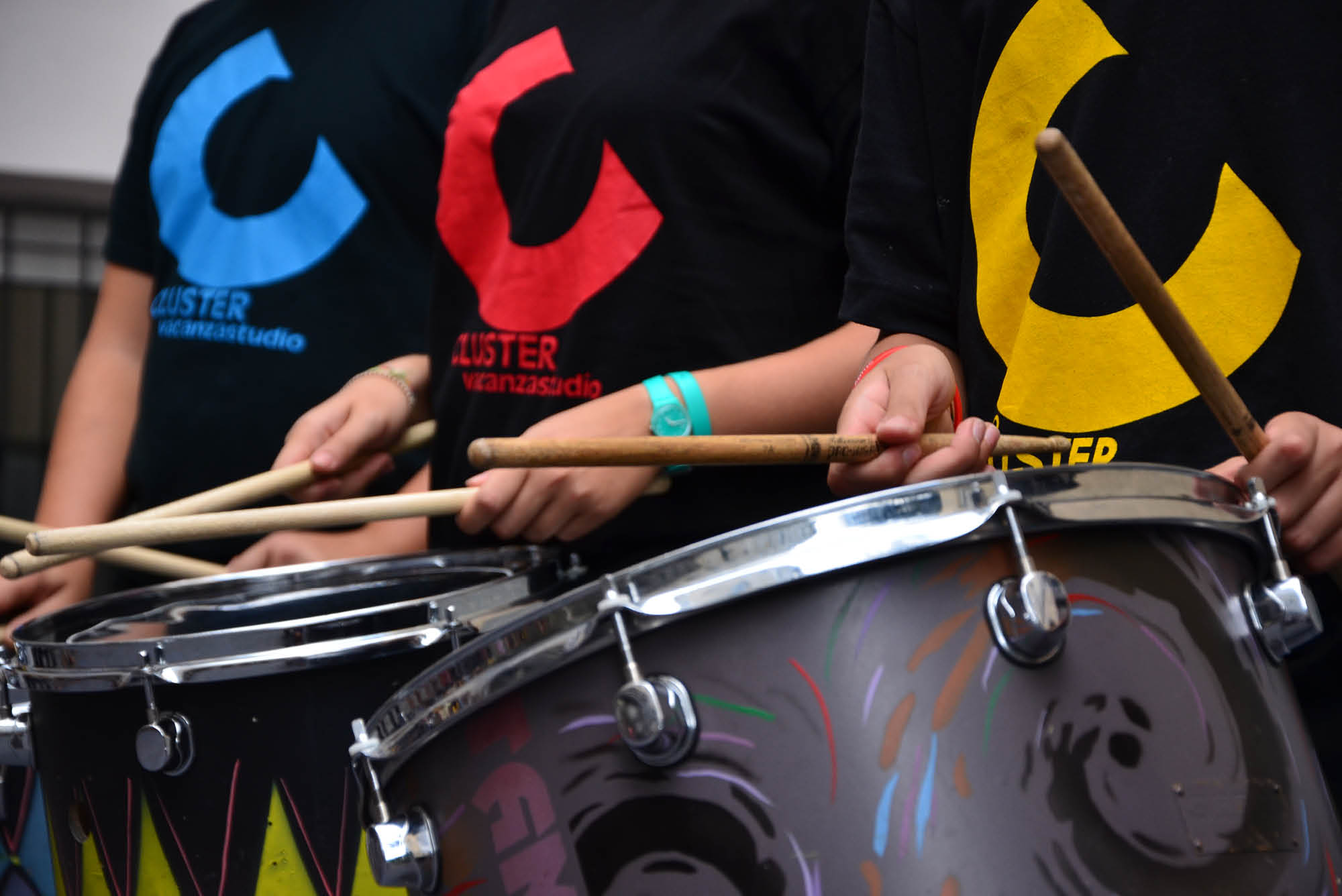 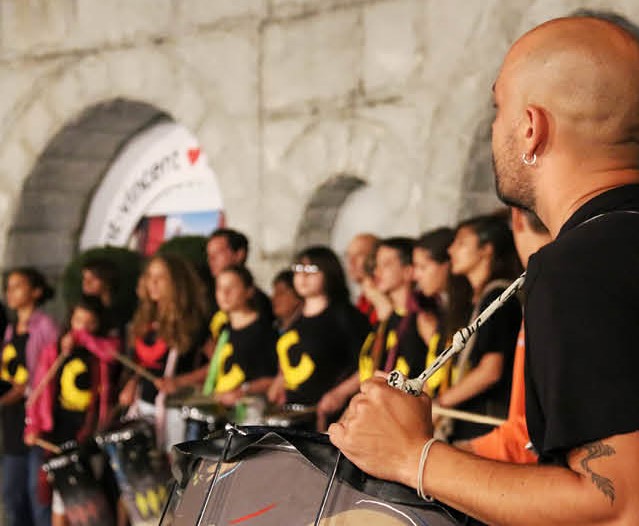 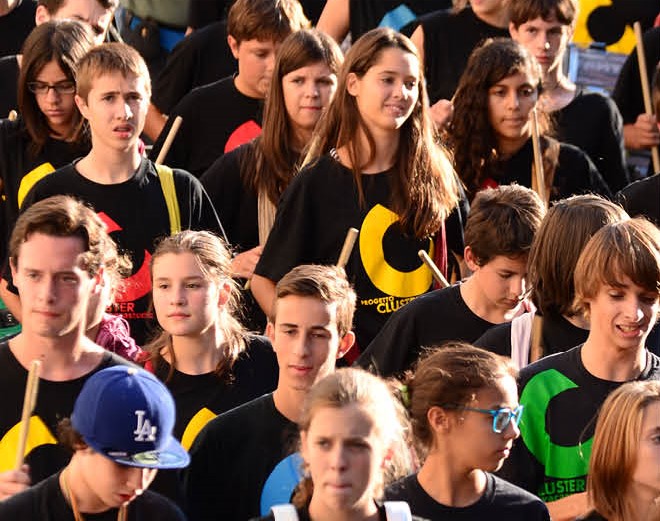 Done since 1996, in Aosta-Italy, by SFOM, it takes place every year in the last week of august, and is designed for their and external students, always with the concern of including students with motor and cognitive difficulties.

Throughout the week there are also several concerts in the region of Aosta, and at the end, a concert by Cluster Orchestra at a well-known festival.

Students of SFOM and other local institutions, trainees from schools of music, Conservatories, Music High Schools and Secondary Schools with musical orientation. There are no age limits and musical/instrumental skills. Special attention is given to students with motor and/or cognitive disabilities, who are involved with an inclusive approach in all activities.

The team consists of teachers of SFOM, external teachers and – whenever possible by project type and economic availability – national and international artists as guests.
The selection of the team gives particular attention to the curriculum and the teaching skills of the musicians called to collaborate.

Given the long-standing history of «Cluster», there has been a progressive evolution and transformation of the articulation of the course.
At the very beginning, twenty-four years ago, it was original and in a sense revolutionary the only proposal of a summer course that was not a “Specialization Course”, with teachers-gurus dispensing their knowledge in a way that recalled what was already experienced in the school year: rigid masterclasses, during which the students follow each other to make the Maestro listen to the pieces prepared for the occasion.

Its originality, therefore, was mainly in being a summer camp aimed at music students of all levels, ages and backgrounds, unlike the masterclasses of the time, aimed exclusively at students of the Conservatory, with professional goals.

The other absolute novelty was that the summer school was dedicated exclusively to the ensemble practice, with specially selected repertoires, written and/or arranged – often also during the camp – for the orchestral complement and students of the course.

These features have remained the hallmark of Cluster over the years, although fortunately the framework of the summer music courses in Italy has, at least partially, changed.
The experience of ensemble music is embodied in two main activities, involving all participants in the Summer Camp:

Of course, there are rehearsals dedicated to instrumental sections, and individual – autonomous or assisted – training sessions.

The further originality of the course is given by its monographic nature, that is, the fact that it is organized around a central theme – different each year – which shapes most of the activities proposed.

Here are some examples of topics covered over the years:

In recent editions, thanks to the inclusion of Cluster in the «Special Projects» – a package of initiatives with particular value for the territory, financed by the Autonomous Region Valle d’Aosta – it was possible to invite international guests, with whom an original educational project was articulated, which each time included the orchestral arrangement of some of the artist’s pieces and the interaction with him in the live performances.

In particular, in recent years the following artists have been guests:

Various performances are included during the Summer Camp and in the closing of it, mainly in the Regional territory, in Aosta and in various villages of the Valley ― Arvier, Morgex, Fénis, Saint-Vincent, Châtillon…

Typically these performances include an initial marching band, built with the performance material of «Music in Circle», and the actual concert, in which the orchestral pieces and the interventions of any smaller formations converge.

In recent years, when it was possible, a theme was chosen suitable to be further developed during the next year, becoming the framework of the work of the SFOMOrchestra – which is the largest ensemble of the school.

At the end of the annual project there is usually a two-to three-days campus with the guest artist, followed by a concert in an important festival, often the «Saison Culturelle» of the Valle d’Aosta Region, the main and most institutional concert season of the Region.

The course usually takes place in the last week of August, possibly at the turn of September, from one Sunday to the following.

Partners over the years:

For six years (since 2014) organized by SFOM as main partner