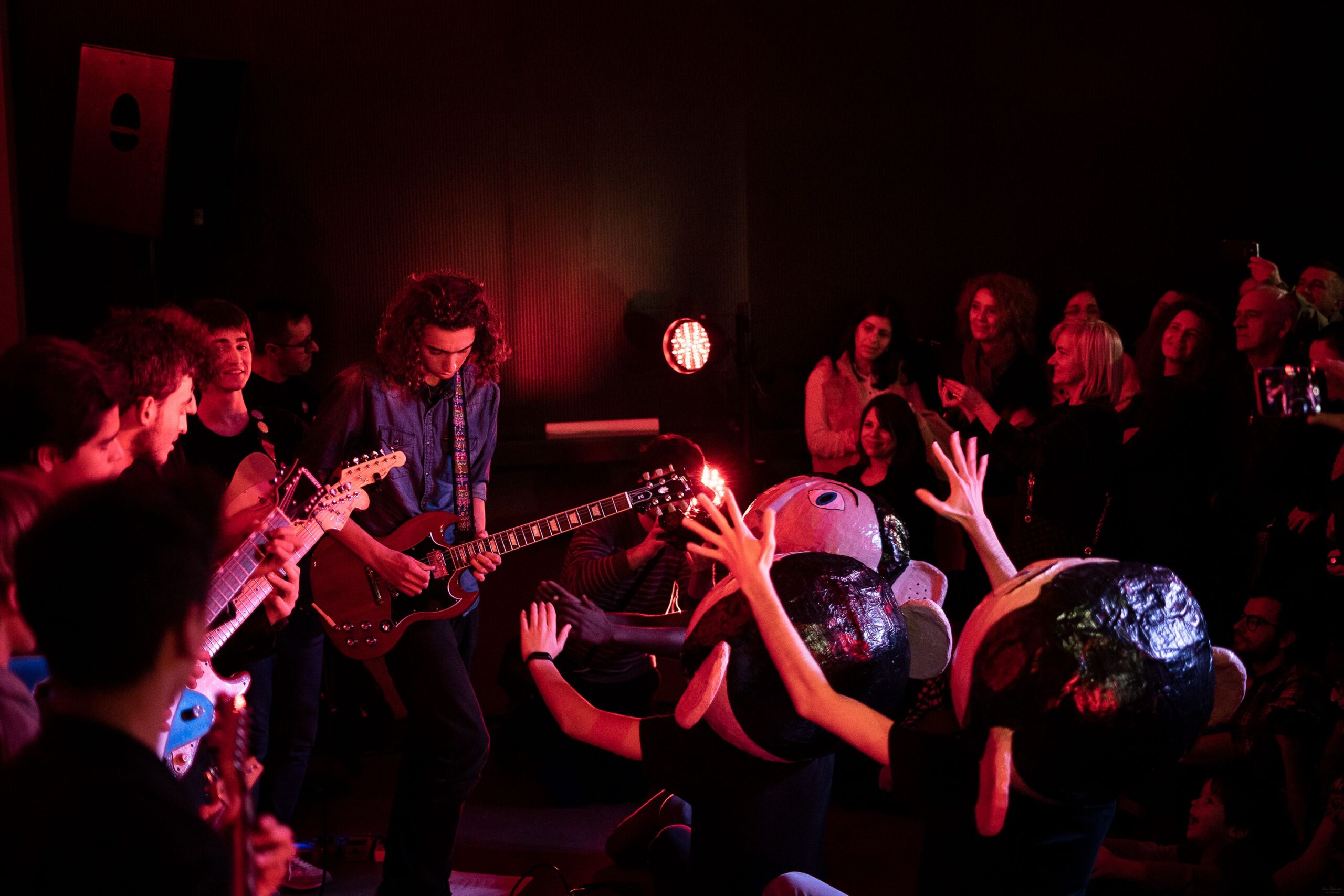 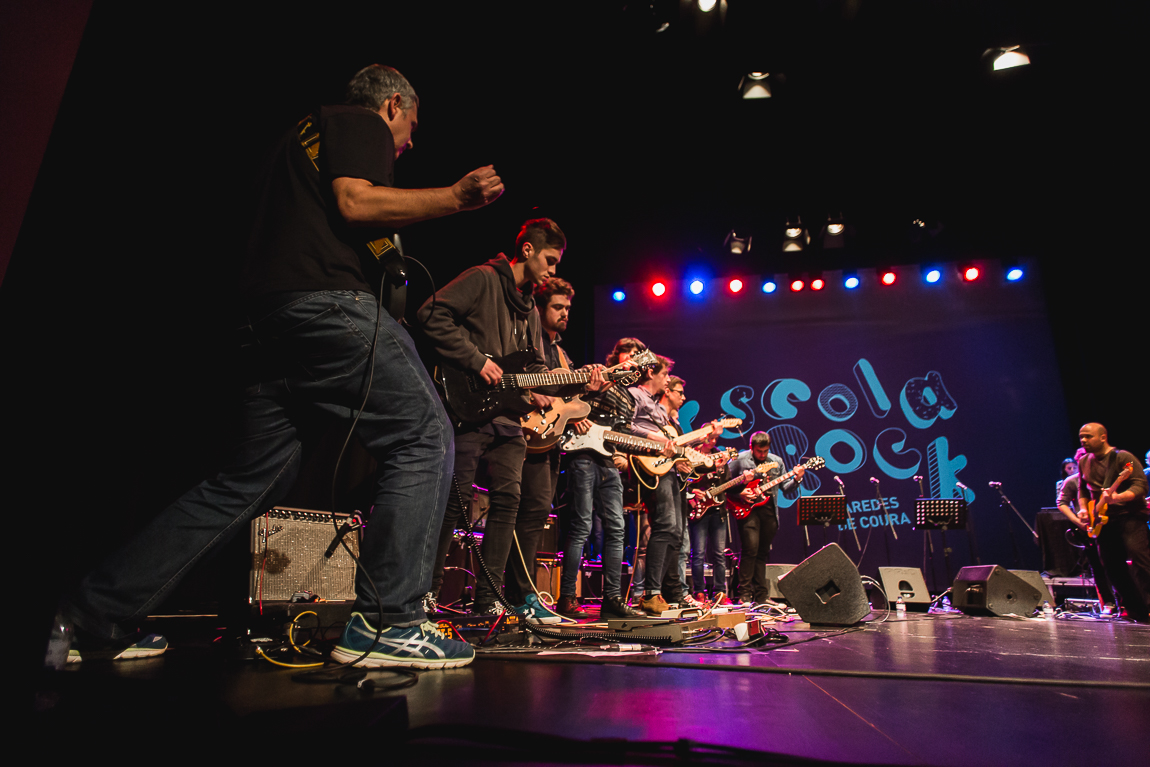 During the week, young people with basic musical training, have the possibility to acquire specific musical skills from the rock scene, and to perform live in a rock ensemble, with a team of teachers and one cultural producer.

At the end of each edition there is a concert, which is then presented on tour at festivals and theaters (venues).

Young people from 13 years old, with basic musical training. There’s no geographic restriction, there are students from all over Portugal, and even from Spain and Finland.

This initiative has the following essential objectives:

The training team involves around six music teachers. Each of theme teaches one of these instruments: drums, guitar, bass, keyboards, wind instruments, and voice. In addition there is also a music programmer.

Escola do Rock Paredes de Coura is an artistic residency, dedicated to rock, which takes place every year, for a week, during the christmas school holidays.

Students selection begins in the summer, with the communication of this initiative on social networks and at events such as Festival Paredes de Coura. Closer to the beginning of the residency, communication is made on media, like newspapers, radio and television, and with posters and outdoors placed in various cities in Portugal. The students registration is done online, and 50 vacancies are opened. If registrations exceeded the vacancies, there’s a selection made by the training team and the municipality.

The repertoire is previously chosen by the training team, based on the number of enrolled students, their experience and instruments played by them.

In addition to rehearsals to prepare the repertoire to be presented at the final concert, students are also encouraged to create small band formations, which after may play at the daily concerts, at the final concert, or at the tour. In 2019 edition, the first concert of one of these formations was an itinerant concert, which covered several streets in the village, and where instruments and amplifiers were transported in a wheelbarrow adapted for this purpose. Thus, during one day, three emblematic places in the village of Paredes de Coura were visited by this band.

The workshops also take place during the residency week, some during school hours, and others at the end, when rehearsals are over. The themes are varied, but always focusing on rock, and on the career of musicians. So, there have already been workshops about the several instruments played at school, about directed improvisation, production, musician health and about how to promote and manage a band. The trainers are school teachers, or external trainers.

The concerts are given by the three resident bands of the “Residency for Rock Bands Program”, as well by the small band formations that were formed during the rehearsal days. The concerts take place in various places in the municipality, including schools and associations in the parishes, in order to take the school, its bands, and music, to everyone.

The final concert of each edition takes place on the last day of the residency. Here, is presented the repertoire worked throughout the week by the class. There is also a small concert by each of the resident bands, as well of the small band formations.

After the residency week, throughout the year, Escola de Rock Paredes de Coura continues to work, with several residencies with music academies, choirs, and other schools, in Portugal and Galicia, Spain. Furthermore, the school goes on tour, having already the opportunity to play on large stages, such as: Vodafone Paredes de Coura Festival, Serralves em Festa, NOS Primavera Sound and Summer at Casa- at Casa da Música, in Portugal, and Surfing The Lerez (Pontevedra) and A Escola Vira Fest (Vigo), in Galicia.

One week, in december, during the christmas school holidays. Students who live far away(outside Paredes de Coura), stay in a residence during the week.

Escola do Rock Paredes de Coura is promoted by Municipality of  Paredes de Coura, with training directed by Space Ensemble, an organisation with high expertise in the development of innovative approaches in the music training field.

In 2015, with this initiative, Paredes de Coura council won the  prize “Municipality of the Year Award”, by Universidade of Minho.