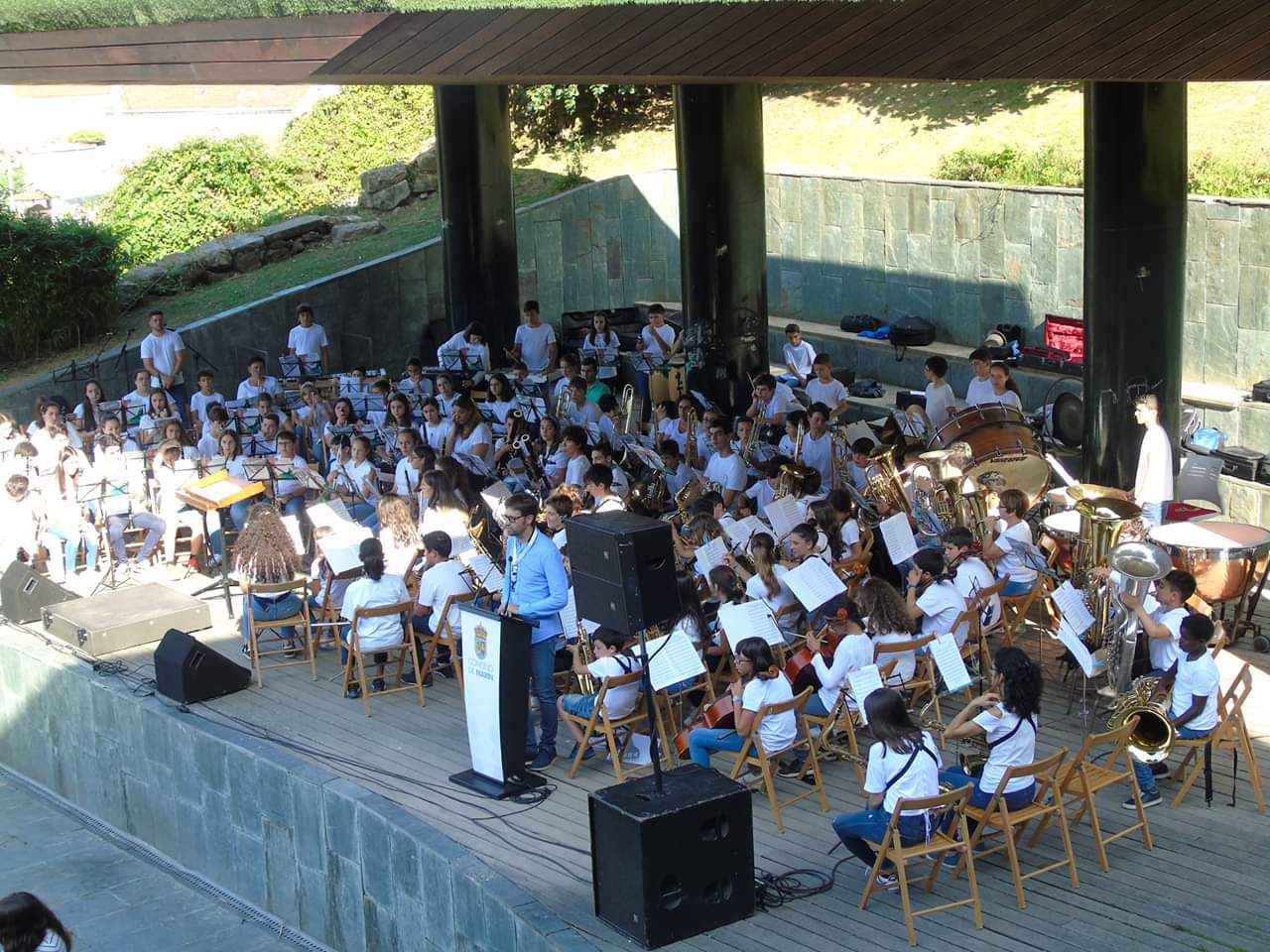 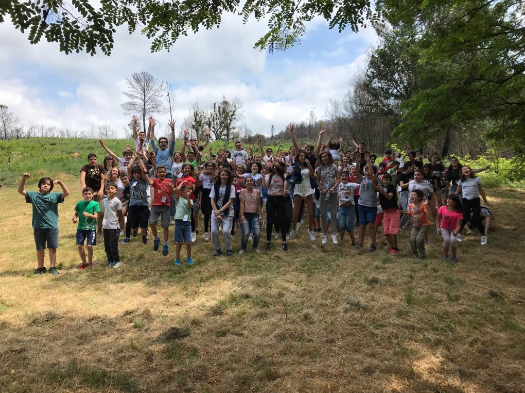 This musical camp lasts for 4 days, is promoted by Goian’s Music School and was distinguished by Diputación de Pontevedra as a dynamic activity of culture.

Held since 2017, with music classes, and sports and leisure activities, here is worked companionship, interaction, teamwork and respect among students from different schools.

Students, between 8 and 18 years old, and some adult students, from Tomiño music schools, who are in children’s and youth bands.

Three music schools and their directors create two large band formations with the aim of creating groups and possibilities with great potential. The main goal is motivate all students, concentrating their interest and taste in music, and in group musical performance, and encouraging values such as responsibility, collaboration and respect.

At the end of the week, about 130 students show their work at the closing concert.

The training team involves three band directors, six monitors responsible for students and leisure activities, and between six and ten teachers, invited to give masterclasses and talks.

In this musical camp, students, teachers and monitors, coexist for three days in suitable facilities with leisure and sports activities. During these days, students relate to each other, encompass a broader repertoire, and receive classes from different teachers and directors.

In past editions this musical camp received the visit of important Spanish soloists.

All the students will be able to commission original repertoire for this occasion and make the premiere of the work at the closing concert, as well as count on the collaboration of artists from other disciplines and writers, making music an opportunity for approach to other cultural expressions.

The plan pf this musical camp is prepared based on two assumptions:

Students from different schools will have the opportunity to get in touch with other teachers, (not the usual ones of their schools), as well as with other band directors and classmates. Furthermore, to remove students from the routine of the school year, all the three schools will look for an external location, with the capacity to house the students and teachers, during the three days of the musical camp. It’s defined that during these three days: