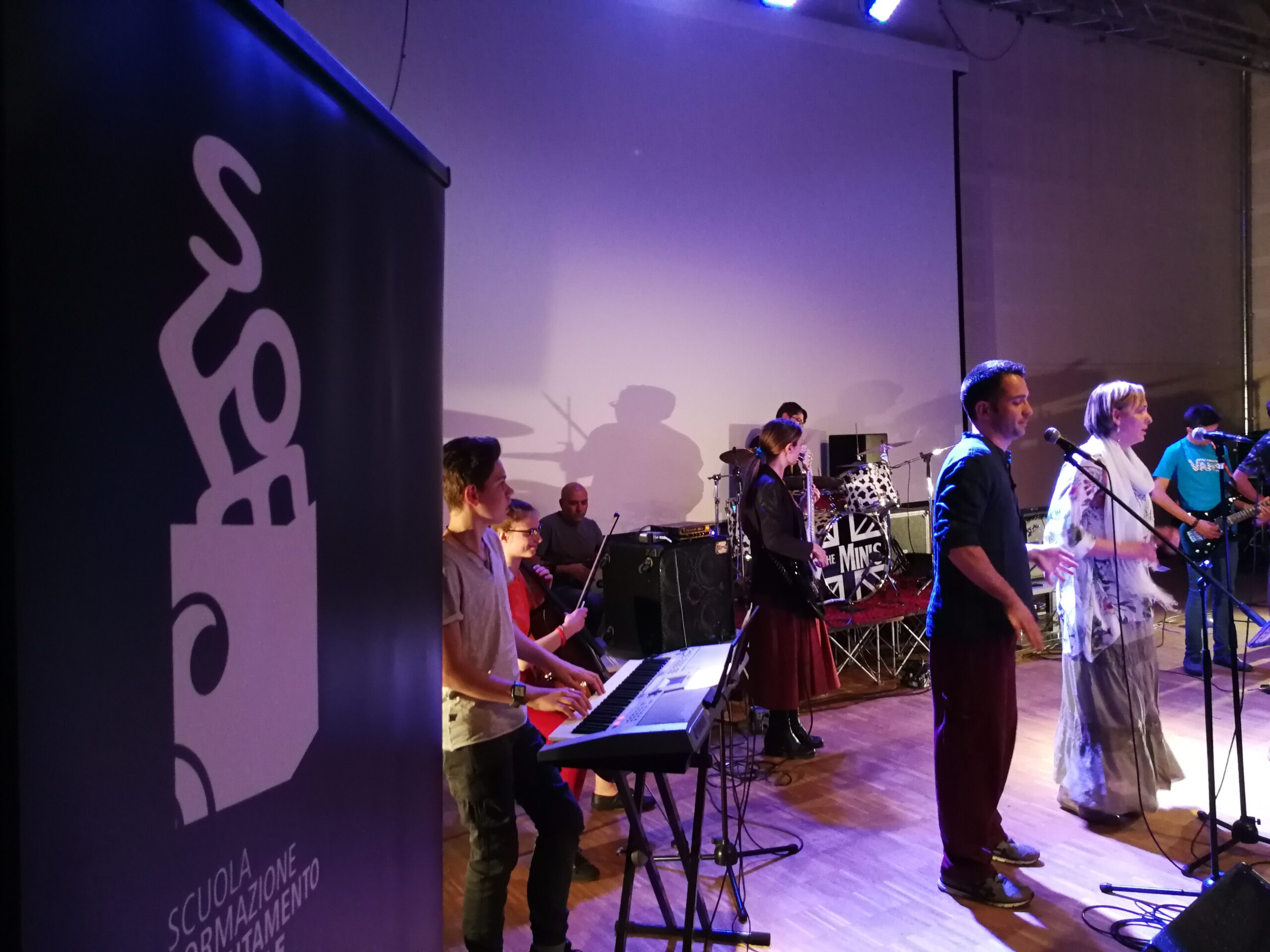 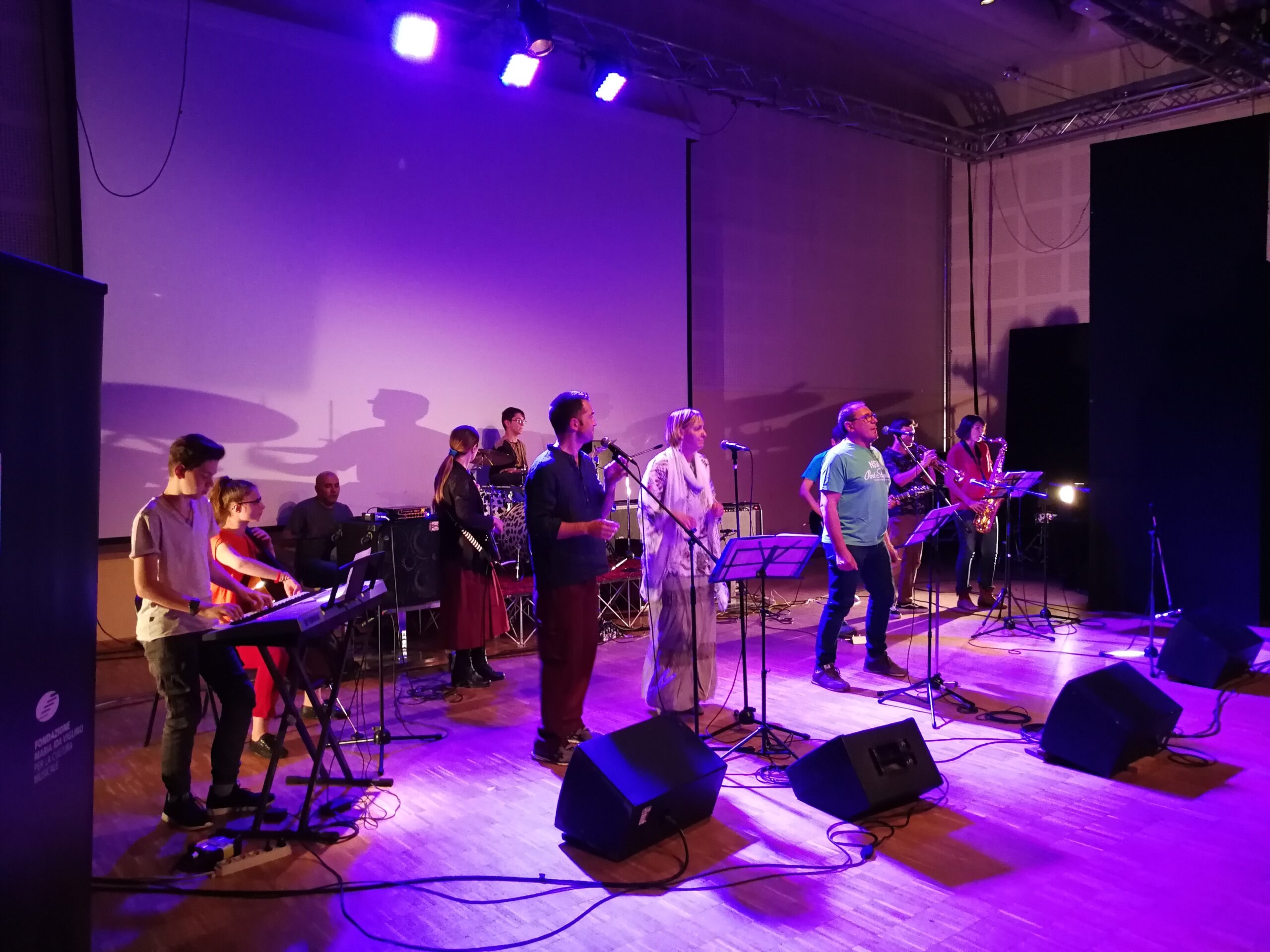 SFOM Pop&Rock Workshop is a workshop designed to internal and external students of different levels who want to learn in an informal but productive environment.

It’s promoted by SFOM- Scuola di Formazione e Orientamento Musicale della Valle D’Aosta, and it happens during the school year. At the end, there is the production of a music show based on a specific subject.

Students from the school, and external students of any level who desire to grow either as musicians and as human beings in an informal but productive environment.

A teacher is the principal director and head of the laboratory. At the same time all the instruments teacher of the students involved, collaborate in the preparation of the musical parts during the lectures with their students.

The lab is structured as follows:

This workshop lasts a school year- about seven months from November until May.