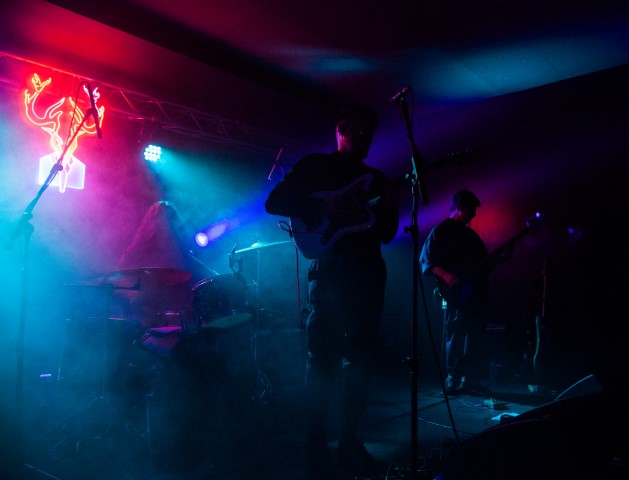 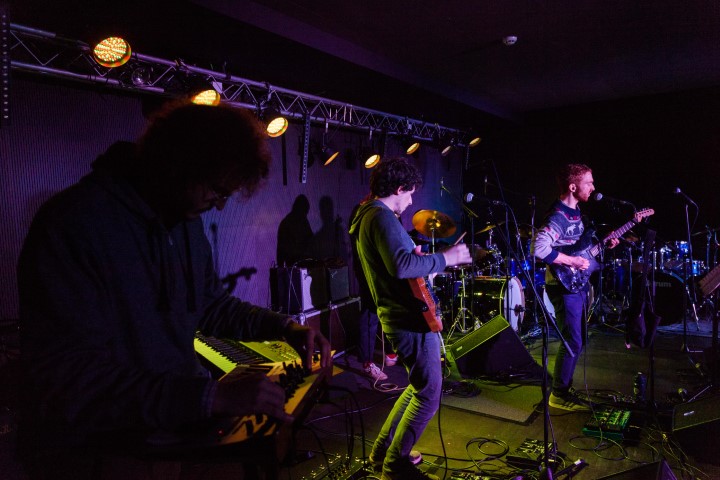 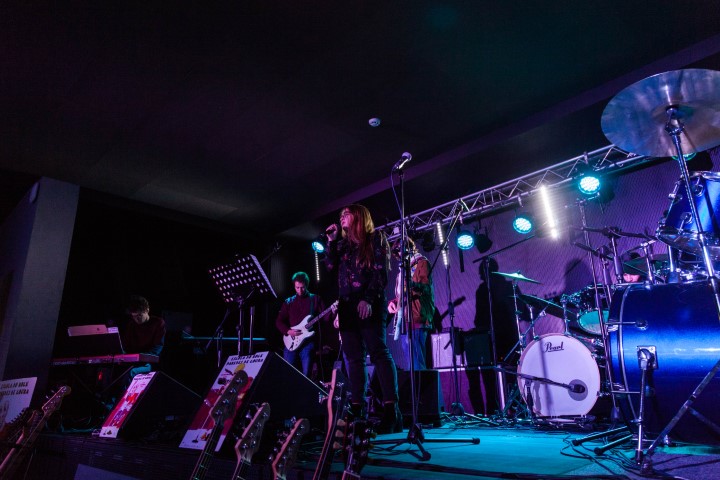 Here, musicians integrated in a band without professional production and editing, have the possibility of having a theme produced.

Musicians, integrated in a rock band, without professional production and editing. There’s no geographic or age restriction.

The training team involves a musical producer, a sound technician, an audiovisual director and a cultural producer.

This residency takes place in parallel with the Escola do Rock Residency week, in december, despite being born in 2018, four years after the school’s first edition. It arose when it was noticed the difficulty that the bands feel, in the initial phase, to launch themselves on the market, and to produce and edit a phonographic and videographic record.

Any band, without professional production and editing can subscribe. The registration period opens in september, online, and each band must send a presentation text, a presentation of their band(musicians and instruments), the technical requirements, two themes in audio or video, and photographs. The registration period closes between november and december, and a few weeks later the three selected bands are announced. The bands are selected by the jury composed by members of the Municipality of Paredes de Coura and by the Escola do Rock musicians and trainers.

The three selected bands then have the opportunity to spend a week in Paredes de Coura, with guaranteed accommodation and food, and where they can produce a phonographic and videographic record, and give some concerts. The phonographic record is produced under the direction of a music producer and a sound technician, who do the production during the week. The bands also make a video recording, with an audiovisual director. A cultural programmer ensures the concerts of the bands, one from each band during the week, at emblematic places of Paredes de Coura, and another that happens at the opening of  Escola do Rock final concert.

After the residency week, during the year, the bands have more concerts, ensured by the cultural programmer and by Escola do Rock.

In the first edition of this initiative, in 2018, four bands were selected: “Wicked Youth”, from Paredes de Coura, “Dream People”, and “Cuckoo Let Us”, from Lisbon, and “DOWN 4 U”, with elements from Paredes de Coura, Porto and Castelo de Paiva. Throughout the year they played at several venues such as the Vodafone Paredes de Coura Festival, Surfing the Lerez in Pontevedra, at Sala Radar in Vigo- within the scope of “A Escola Vira Fest”-, and many other stages.

In the second edition, in 2019, three bands were selected, “The Fekks”, by Malveira da Serra-Cascais, “Gaspea”, by Caldas das Taipas-Guimarães, and “Catarina”, by Paredes de Coura. All these bands will have several concerts throughout this year.

One week, which takes place in parallel with the Escola do Rock Residency week.

Like Escola do Rock Paredes de Coura, this Residency for Rock Bands is promoted by Municipality of  Paredes de Coura, and by Space Ensemble, an organisation with high expertise in the development of innovative approaches in the music training field.